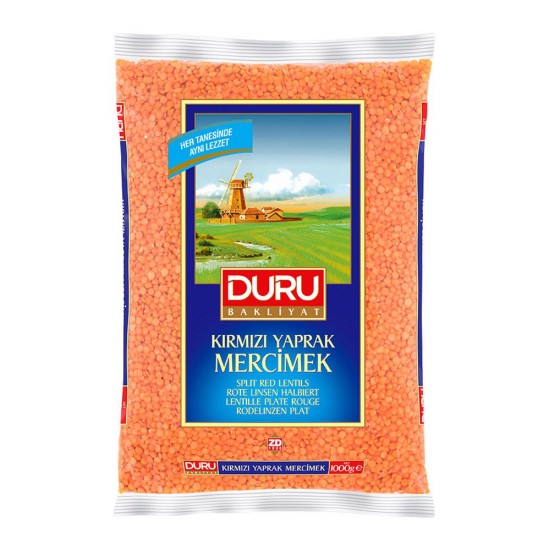 Duru Split Red Lentils / Red Leaf Lentil 1000 g is a type of lentil formed by peeling the shell outside the lentil and breaking the inner lentil and then lubricating it with cotton oil. It is a fibrous food rich in protein. It has a nice smell and flavor both in soup and in other dishes.

All About Red Lentils;

‘What are Red Lentils?’

‘How to Cook Red Lentils?’

Can I change my delivery address?

You can change your delivery address before we ship your order by sending us an email to [email protected] or call us on  +1 (714) 726-8985. But if your order is already shipped, unfortunately you cannot change your address.

Will I get a confirmation for my orders?

Am I being charged for delivery?

How do I cancel an order?

How are the items to be sent?

Is shopping at your site secure?

What can I do if my order has not arrived or damaged?

How do I find out the shipping charges?