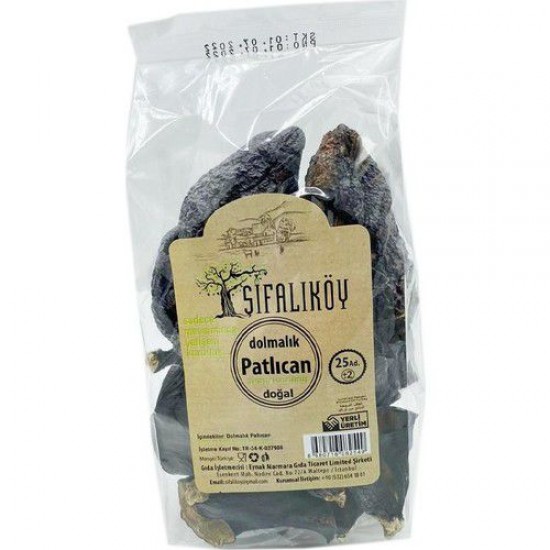 Sifalikoy Dried Eggplant (25 pcs) brings the eggplant, which is a summer vegetable, to your table in winter, by drying it naturally. Eggplant is a very nutritious food. You can consume it by heating it. You can serve it with yogurt. Dried Eggplant facilitates and speeds up the process of making stuffed with rice. It has been dried by traditional methods.

All About Dried Eggplant;

Can I change my delivery address?

You can change your delivery address before we ship your order by sending us an email to [email protected] or call us on  +1 (714) 726-8985. But if your order is already shipped, unfortunately you cannot change your address.

Will I get a confirmation for my orders?

Am I being charged for delivery?

How do I cancel an order?

How are the items to be sent?

Is shopping at your site secure?

What can I do if my order has not arrived or damaged?

How do I find out the shipping charges?